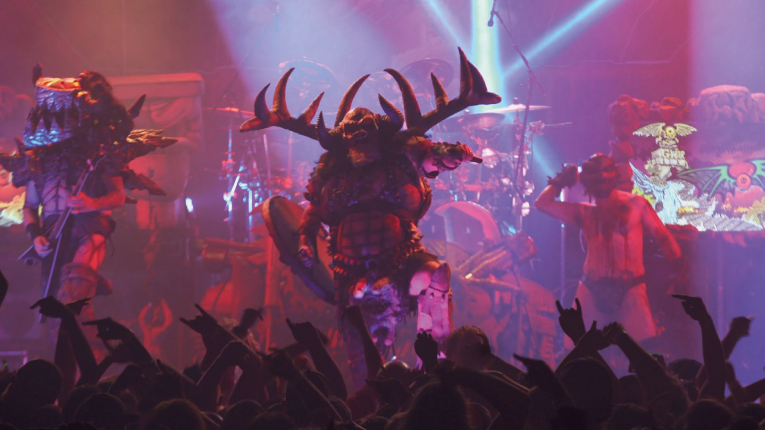 ARE YOU READY TO SUBMIT EARTHLINGS?! Behold the unstoppable force of GWAR—a band of masked marauders from outer space who crashed landed on your pitiful planet and now live only to destroy stupidity, spew fountains of blood, and boldly blast the most metallic rock and roll narcotic to overwhelm the masses! This bone-crunching documentary is the wrenching story of the universe’s most iconic heavy metal/art collective/monster band, as told by the humans who have fought to keep it alive for over 30 years. From the slave pit to stages around the planet, This Is GWAR spins an epic web of lunacy, degradation, and large latex heads, with band members past and present attempting to explain the madness and joy of the GWAR mission. Sniveling friends and followers like Weird Al Yankovic, Thomas Lennon, Alex Winter, and Bam Margera, put their spin on GWAR’s subjugation of the species. There is no escape—just deliriously convoluted tales of treason, friendship, ego, and mayhem that would frighten Shakespeare himself. SUBMIT NOW TO THE UNSTOPPABLE FORCE OF THIS IS GWAR!

How Do You Measure a Year?

Marvelous and the Black Hole