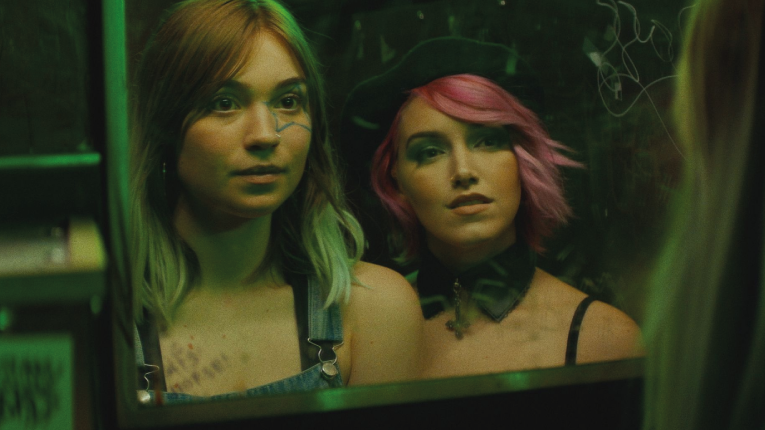 Lennon (Sylvie Mix) is a disconnected loner who starts a podcast to interview musicians and narrate the story of her local music and performance art scene. As she transitions from being an outsider fan to the close friend of the hip front woman of Damn the Witch Siren (Bobbi Kitten playing herself), Lennon’s intentions take on more a sinister and obsessive spirit. Set in the real-life underground music scene of Columbus, Ohio, and featuring the actual musicians, Poser provides an authentic chronicle of a burgeoning arts scene while transforming it into the setting for a Single White Female-style suspense thriller. The feature debut of music video directors Noah Dixon and Ori Segev, Poser wowed audiences at its Tribeca premiere, took home the Grand Jury Prize at the Nashville Film Festival, and is a phenomenal example of the kind of regional filmmaking that is hyper-focused in time, place, and setting, yet is universal in its themes of identity and loneliness.

Fire (Both Sides of the Blade)