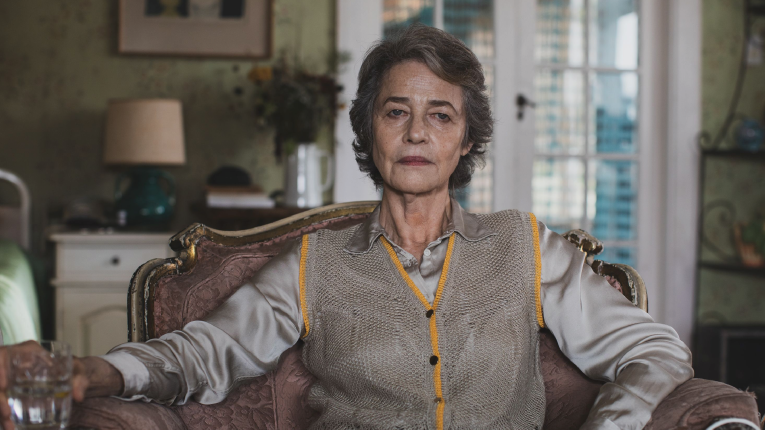 Upon returning home from boarding school and still dealing with the untimely death of his mother, a self-destructive Auckland teenager, Sam, discovers that his gin-soaked, wheelchair-bound, English grandmother, Ruth (Oscar® nominee and legendary actress Charlotte Rampling, 45 Years, Swimming Pool), has moved in. Their first meeting is awkward; their second, ugly, as the 17-year-old is depended upon to care for her. Things get worse when Sam finds himself stranded alone with Ruth and her nurse, Sarah, for the school holidays. But the person he gets to know is far from what he expected—she’s a funny, rude, fearless, sharp-tongued, flirtatious, ex-war photographer who can drink him and his friends under the table. Both strong-willed characters, a battle of supremacy ensues, enabling Sam to embrace life again and for Ruth to face her mortality. Filmed in the stunning New Zealand countryside, Juniper is a small gem of a comedic-drama with a big heart—an unexpected and poignant story of friendship and care that transcends the boundaries of generations.

Digital Video Editing with Adobe Premiere Pro: The Real-World Guide to Set Up and Workflow

Path of the Panther